Women are the best champions for the success of other women.

But it’s hard to be transparent with guys about the realities of being an upwardly-mobile female in a largely male workplace.

It’s hard to find a place where we can be honest about dealing with the guilt of being a working mom, or the pressure to act like a lady, while navigating the messy and competitive track of professional success.

Being a working woman in a field where women are a minority is tough, and sometimes you just need to find a group of ladies who are utterly professional and completely accessible, humble and approachable and willing to help each other out, no matter what.

I learned about Together Digital by chance. Before it was the movement it is today, it was a brilliant idea packaged in a grassroots way for the Austin community to consider. During SXSW 2017, I attended an event promoting the group, signaling its intent to come to Austin. I came for the drinks and bites, but I stayed for the unexpected, amazing, electric connection I found with the women there.

I saw, heard, and felt a connection to these women at different stages in their career journeys. We spoke about data and the power of geolocation to change the face of retail. We discussed the future of the persona – whether it’s dying a slow death. We discussed startups, and how positioning is essential following an acquisition. We talked about the difficulty in – and necessity of – spinning up side gigs while you had a full-time job.

We talked about all manner of topics that were fulfilling and helpful, encouraging and shocking. And what we all had in common was that compassionate spirit of helpfulness that you often find when you get groups of women together.

The Future of Women

So I gotta say, I’m not all “Ra-Ra women!” because I wanna get together and have drinks.

I’m “Ra-Ra Together Digital!” because I want to be a part of cultivating a conversation in our Austin community that can start to move the needle on women owning their professional destiny in digital marketing, communications, design, and development.

I want to curate speakers and topics that inspire and encourage us. I want to connect women together to weave a fabric of community that we can use to support each other in our careers, increase our knowledge base, and grow amazing ideas.

I hope you’ll join me on this journey as a founding member in Austin. Together, we can empower each other by creating a national network of women, unlimited in our potential to meet individual and collective goals. 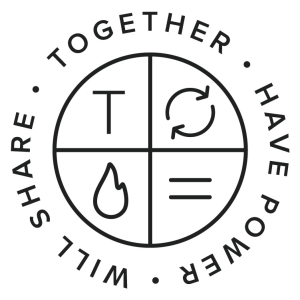 We are Together Digital HQ, a remote team dedicated to improving member value, creating more opportunities for member success, and growing membership to improve the lives of women in digital nationwide...and beyond.
Read More from Her

Interested in being published on the Together Digital blog?

You must be a Together Digital™ Member to access this content. Login or Join Now!
Read More »
April Greer at HQ January 21, 2020
Back to Main Blog Page

Not a member yet?

Be the first to know.

Sign up for our non-member email to learn more about featured content and upcoming events, and membership deals.

© 2019-2020 Copyright Together DigitalTM. Formerly Women in Digital. Designed & built with love and care, entirely by women.

We do not share your personal details with anyone.